Martin Kemp, 58, was the bassist in 1980s pop band Spandau Ballet and played Steve Owen in EastEnders. He lives in Hertfordshire with his wife, Shirlie, 57, a singer and photographer. The couple have two children and son Roman is currently in the jungle on I’m A Celebrity.

I met Shirlie — my lovely wife of more than 30 years — when she was a backing singer for Wham! and I was in the early throes of success with Spandau Ballet.

George Michael set us up and came as chaperone on our first date. It’s a story many people have heard, yet few know how remarkably Shirlie has guided us both, unaided, through our marriage ever since.

In 1995 we discovered I had a brain tumour. It was huge — the size of a squashed grapefruit — and so advanced that I was rushed straight to surgery the next day. 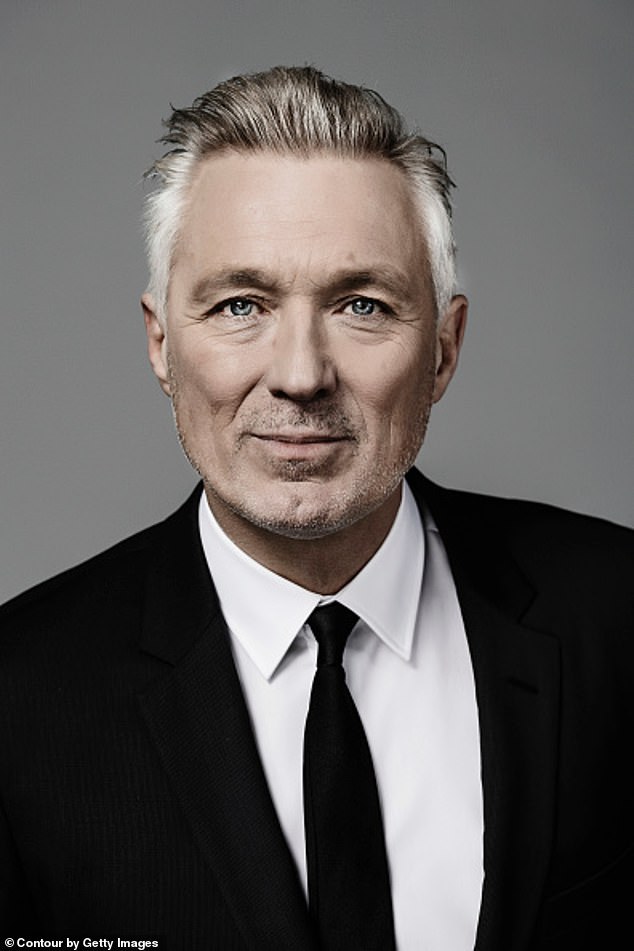 Martin Kemp, 58, (pictured) revealed he’s grateful for the strength and conviction that his wife had when he was being treated for brain tumours

They removed it and inserted a metal plate over my brain under the scalp. At the time we had two small children — Harley Moon, now 30, and Roman, 25. We didn’t know whether I would live or die.

My health overshadowed the next four years of our lives and a second tumour was found that needed treatment two years later.

I remember a doctor explaining he had to open up my head again and cause yet more trauma. Shirlie stopped him right there. She told him he wasn’t going to do that, and she would find someone else. At the time I felt so embarrassed, but she saved my life.

She found another doctor who was pioneering a new type of stereotactic radiotherapy at St Bartholomew’s Hospital which could fight the tumour without surgery. Six months after the treatment, the tumour began shrinking. I’ll always be eternally grateful for Shirlie’s strength and conviction which got us through that awful time. She thought I was dying but showed no fear.

I knew who I was marrying, though. She’s the funniest person I’ve ever met.

In 1986 I was living in a flat in Dublin when we decided to get married. We were walking down Grafton Street looking at jewellery. Shirlie pointed at an engagement ring and asked: ‘Do you want to?’ Of course I said yes and we bought a ring then and there.

Our wedding was unconventional, too. My brother Gary, also in Spandau Ballet, had just married Sadie Frost in a huge wedding with fireworks and all our family; the works. We didn’t want all that, so we booked a holiday to St Lucia and got married in secret with a member of hotel staff as the witness.

Martin and Shirlie Kemp’s album In The Swing Of It is out now (Sony Music).

12 Beauty & Skin Tips for Mature Women | How to Look Youthful

TIPS TO LOOK YOUNGER WITH MAKEUP