Goodwill employees usually check donated items before putting them on racks and shelves, but one very odd item recently managed to slip through the cracks.

A secondhand shopper was browsing the books section of her local Goodwill when she came across an old pink diary that appears to have once belonged to a young girl or boy.

But rather than document tales of school drama and crushes on boys, the owner used the lined pages to keep track of their bowel movements — in just about the sweetest way possible. 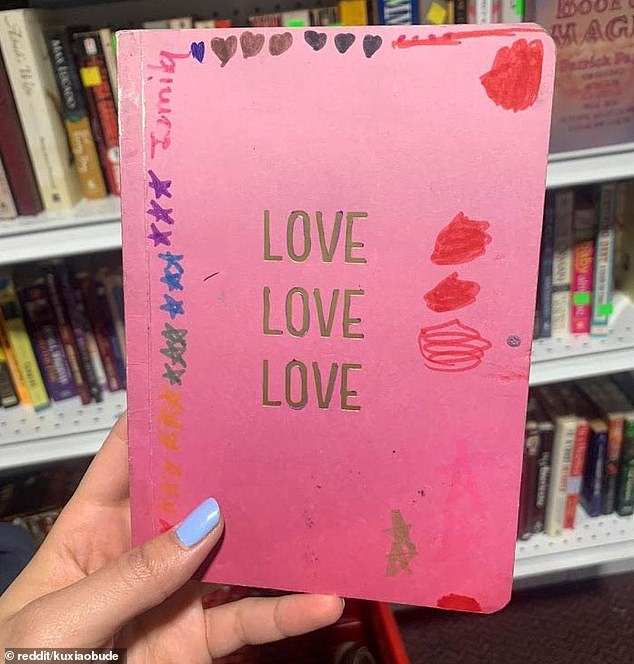 Dumping her thoughts: A Redditor shared images of a diary his sister found in a local Goodwill 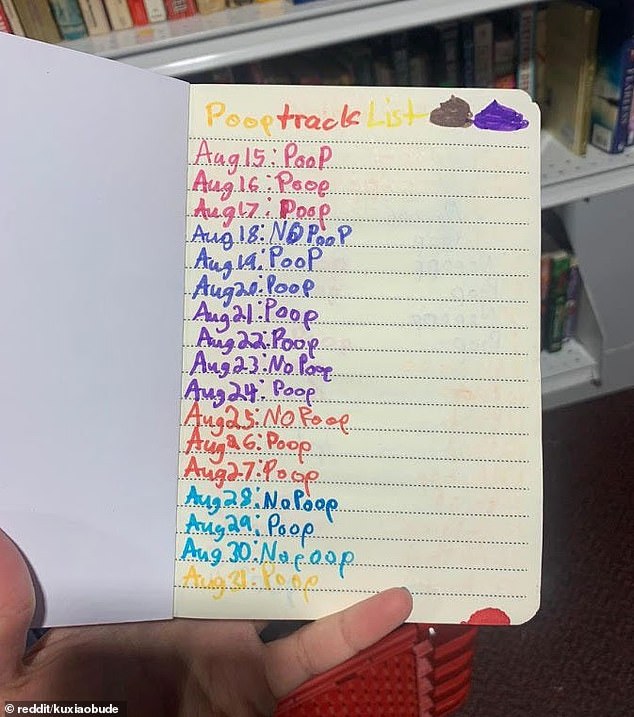 A Redditor posted images of the discovery this week, explaining: ‘My sister found this little nugget at the Goodwill the other day.’

The photos show a pink journal with the words ‘LOVE LOVE LOVE embossed in gold on the front.’

The diary’s previous owner had also doodled on the cover with rainbow stars and hearts.

On the first page, things take a turn for the unexpected, as the writer has titled the page ‘Poop track list’ and added two colorful drawings of what appear to be poop.

Then, starting on August 15, the child listed every day and followed it with either the word ‘poop’ or the words ‘no poop.’

The diary owner also switched up the colors, swapping a pink marker for a blue one for a purple one, and so on. 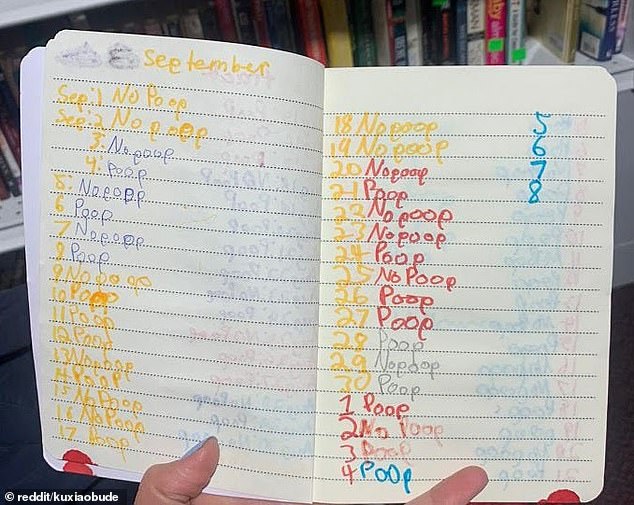 What, no #2 pencil? The child who kept the diary doodled on the front and kept the list in different colors 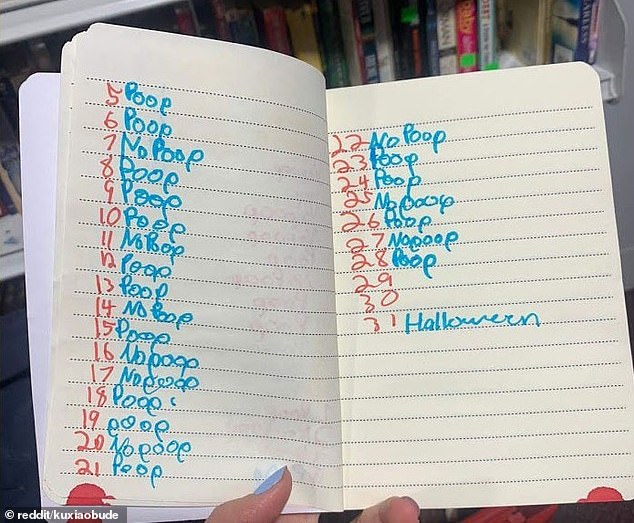 Redditors have found the images quite funny and are cracking jokes

They then continued to keep track through the second half of August, all of September, and October.

However the writer failed to document her bowel movements on October 29, 30, or 31, and on the last day simply wrote ‘Halloween.’

Redditors have found the images quite funny.

Some had serious discussion about the frequency of their own bowl movements, while others cracked jokes.

A few shared concern that the diary wasn’t as clean as it looked at first glance.

View All
Beauty Tips For Woman

View All
Fashion Tips For Men