The Duchess of Cambridge has unveiled a blonder sunkissed hairstyle today as she visited the Natural History Museum in London.

Kate Middleton, 37,  beamed and laughed as she debuted a lighter look on arriving at the Angela Marmont Centre for UK Biodiversity, to hear how it is championing and helping to protect UK wildlife.

And following her appearance, celebrity stylist James Johnson revealed how Kate has opted for ‘golden tones perfect for the autumn season’, to ‘frame her face’ and make her hair appear ‘thicker’.

Speaking of her transition from her summer look, James suggested: ‘It’s a much warmer style, more stylish and suited for the cold seasons.’ 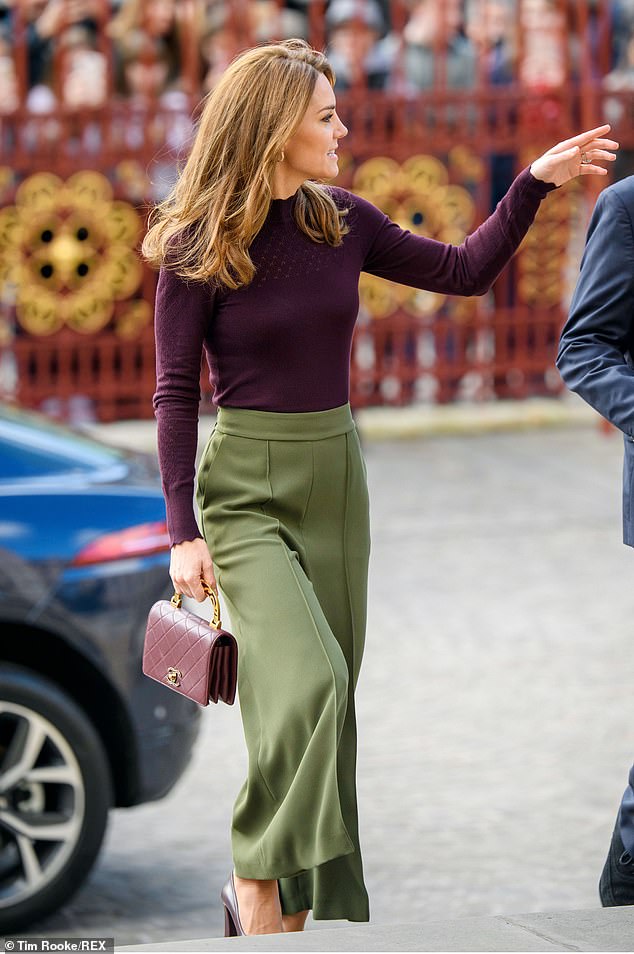 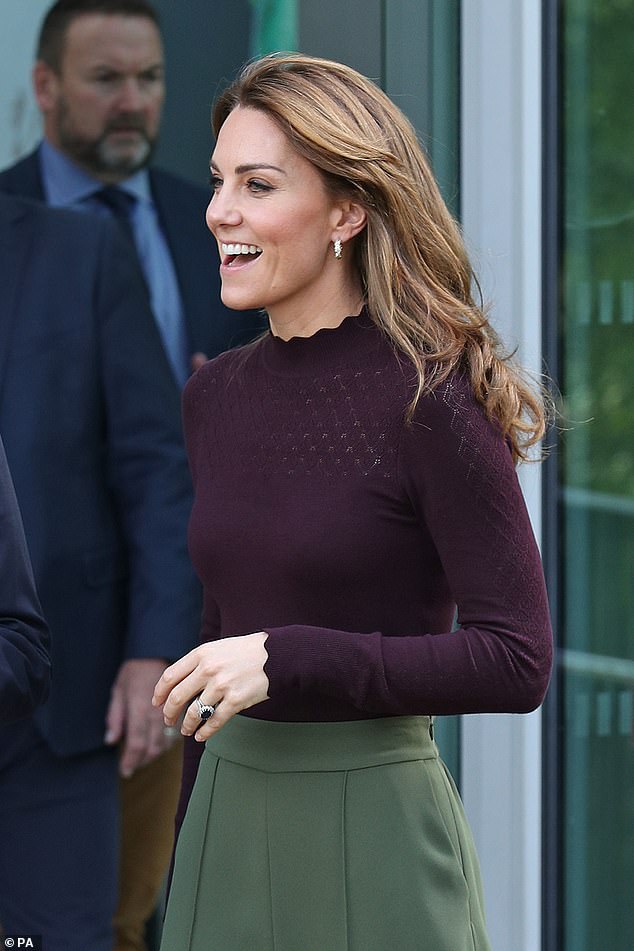 Adding that the lighter colour ‘suited Kate’s skin tone’ perfectly, he went on to say that the effect also helped to accentuate her features.

He said: ‘These soft lighter pieces help frame her face, keeps the warmth in these colder approaching months.’

Speaking about the light blonde tone, James said he suspected the effect may be from balayage, which gives more natural and less polished effect than highlights. 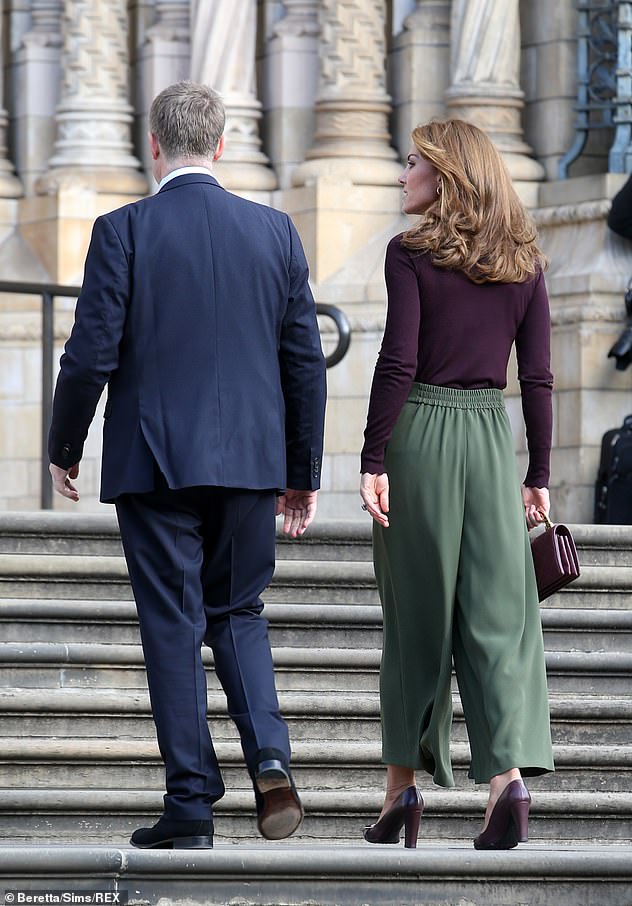 James suggested the royal’s highlighted hair was probably the result of balayage, which offers a ‘soft way of adding pieces’ of lighter tones 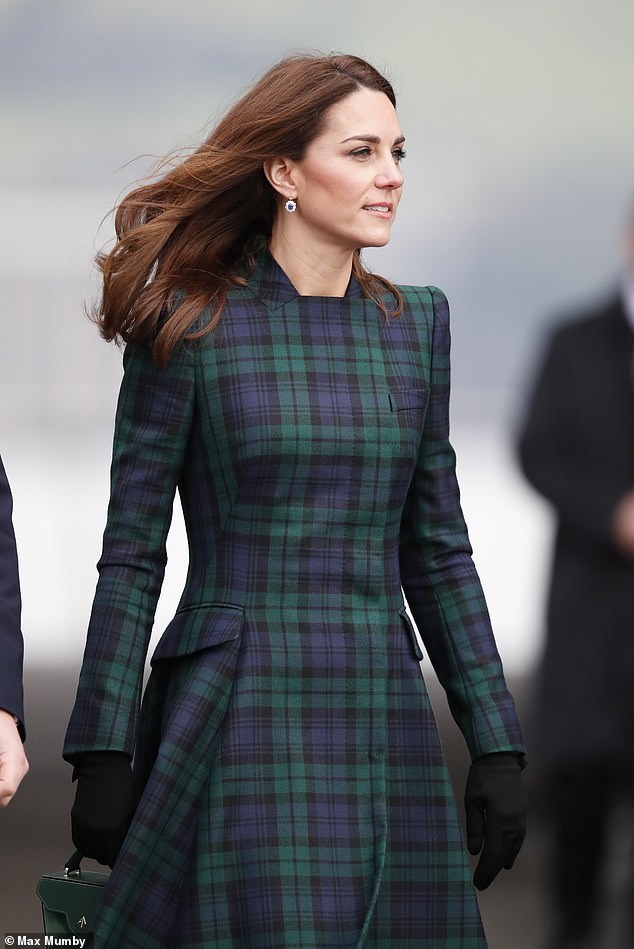 Kate, seen in January during a visit to Dundee to officially open the new V&A Dundee, Scotlands first Design Museum, usually sports a much darker look

He revealed: ‘These have been added softly, most probably by balayage – a soft way off adding ‘pieces’ as oppose to highlights.’

He continued: ‘By adding soft pieces of colour it can also help the hair look thicker as it creates more dimension within the hairstyle making it appearing more 3D.’

It was only last month that Kate debuted a new bouncier, shorter blow-dried style while taking Princess Charlotte to school for the first time.

At the time, James said Kate had transitioned from a more ‘polished’ summer look, to a more practical style with a ’90s on-trend flick’, and suggested that Kate appeared to be taking a leaf out of Meghan’s more ‘relaxed’ look book. 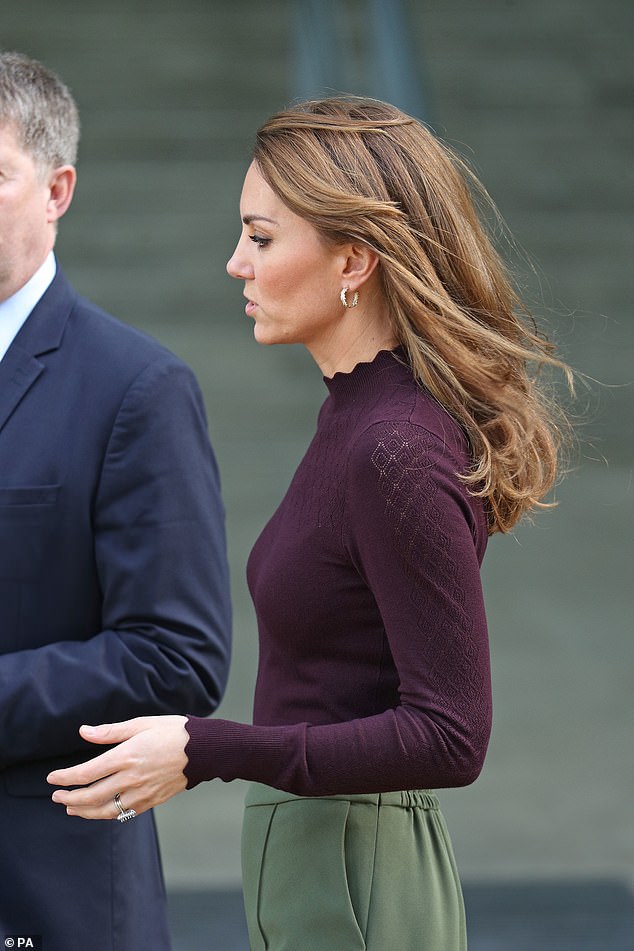 The celebrity stylist suggested the look was a ‘much more stylish’ look for the Duchess, and was ‘perfect for keeping summer vibes lasting longer’ 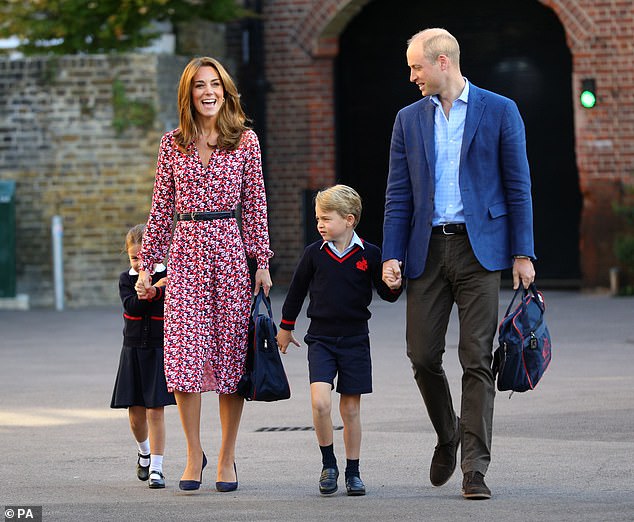 The ‘working mum look’ for Charlotte’s first day at school: Last month, James revealed how Kate’s hair has transitioned from a more ‘polished’ summer look, to a more practical style with a ’90s on-trend flick’

But today the stylist suggested the Duchess had upgraded her look since then, explaining: ‘It’s a much warmer style, more stylish and suited for the cold seasons.’

He added that the look was ‘perfect for keeping summer vibes lasting longer.’

Today Kate visited the Angela Marmont Centre (AMC), a unique scientific hub located in the Natural History Museum that is dedicated to the study of the UK’s natural world.

It helps public visitors identify their finds, provides vital training in wildlife identification, and leads research and citizen science projects that are helping to transform our understanding of over 80,000 species of wildlife known to exist in the UK today.

With populations of many UK species declining, and a significant proportion threatened with local extinction, it brings together a host of individuals and organisations all dedicated to building understanding of the UK’s wildlife, so that it can be better protected for future generations.

The dedicated staff work with colleagues from across the Natural History Museum to carry out a range of scientific research. 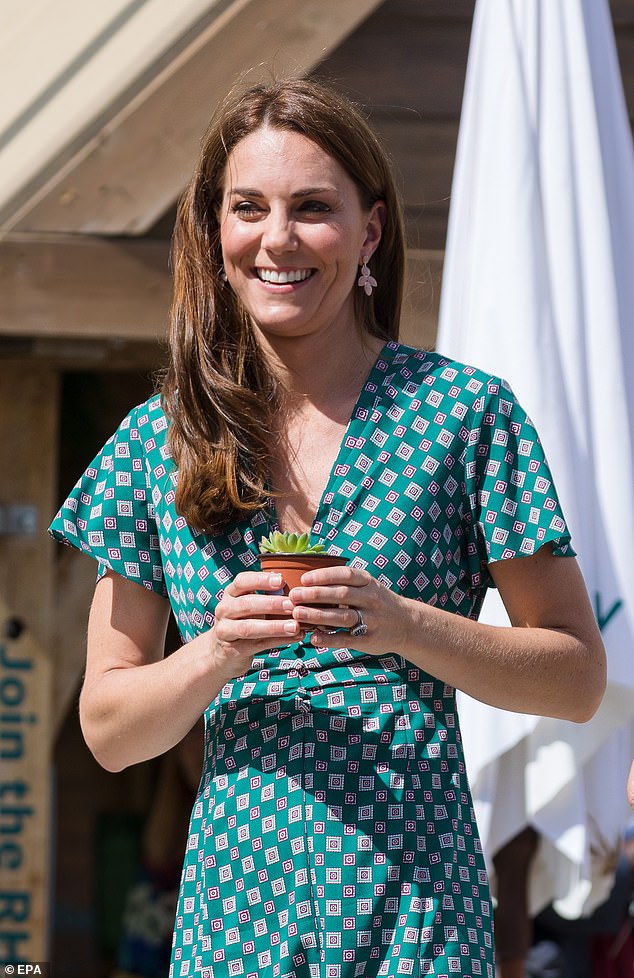 Earlier in the summer he told how Kate’s hair has transitioned from a more ‘polished’ summer look, seen visiting The Back To Nature Garden at Hampton Court Palace in July wearing longer straight locks 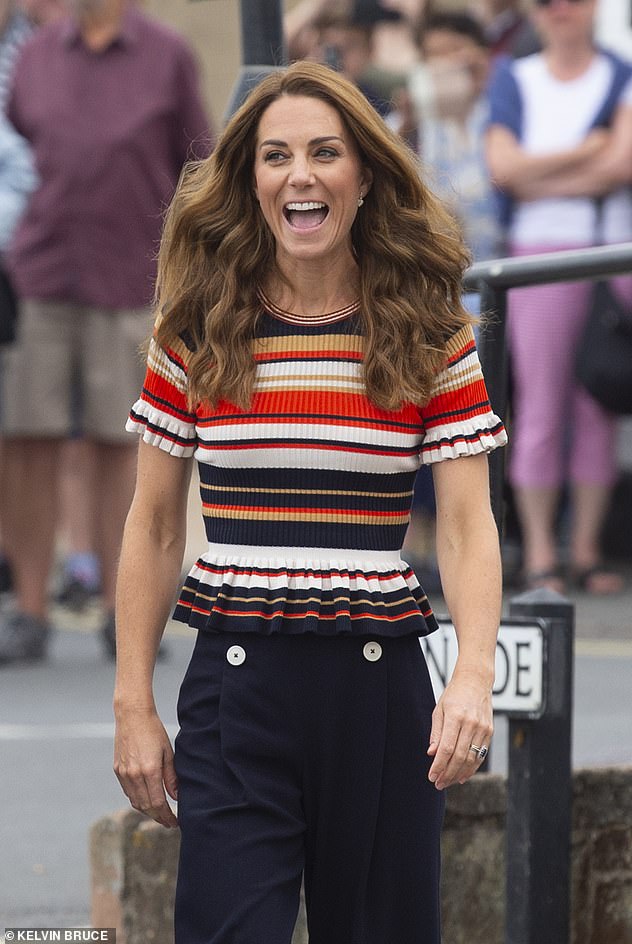 Nail Polish 101: How to Prevent Bubbles in Your Nail Polish (and Top Coat!) || KELLI MARISSA

How To File Short Nails Square