A budget-conscious shopper has revealed how she transformed cheap heels from Kmart into a pair of stylish shoes identical to those worth $120.

Posting snaps of her pumps on an Australian Facebook page, the woman said she had been trying to find a pair of shoes in mustard but was shocked by the high price.

Instead of feeling defeated at not being able to afford the ‘perfect’ heels, she said she set to work ‘painting a $15 pair of Kmart shoes’.

‘I’m yet to seal the shoes with a clear spray but I’m happy with how they turned out,’ she wrote on a post. 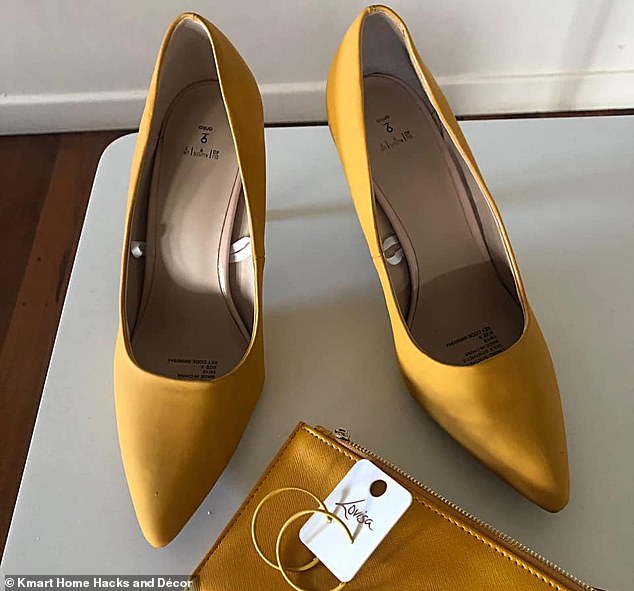 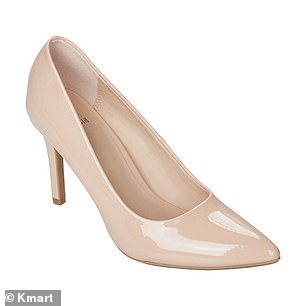 Not only was she delighted at how well her shoes turned out, but the woman was able to perfectly matched these to a clutch in the same shade, also from Kmart.

She said transforming the heels was a simple process and that she completed the task with items she had to hand.

‘I gave them a light sanding and clean with an acetone-based nail polish remover because that’s what I had at home already,’ she said.

Next, the shoes were painted using acrylic paint which was bought from the craft outlet Spotlight.

Two coats were applied and each layer was given adequate time to dry before another was applied.

The final stage of the process will be to paint the shoes in a sealant to protect the paint from chipping or cracking.

‘I will also report how they hold up after I wear them on the weekend! That will be the true test,’ she said. 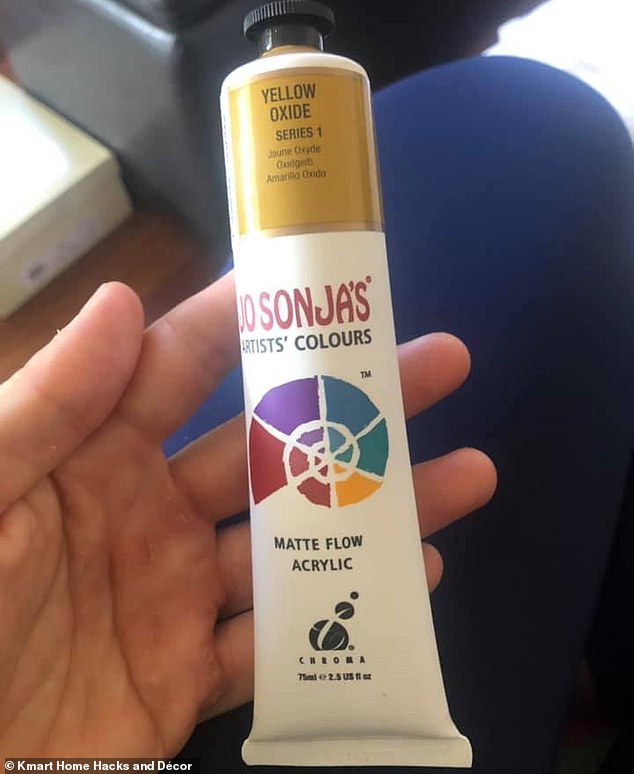 Since sharing her stunning ‘hack’ online, the woman’s post has garnered more than 2,500 reactions and a stream of positive comments.

‘They look perfect, would never have guessed that you painted them,’ said one.

Another said: ‘Good job!’ adding: ‘We always repainted our favourite shoes to match a new bag/outfit back in the 70s and 80s.

Bought them up like new and you never had to worry about wearing them in!’

A third chimed in saying: ‘This is a game-changer. They look amazing.’ While another said ‘Absolutely wouldn’t know! Well done.’